Wythenshawe Hall was lit purple (Tuesday, 2 June) in solidarity with those protesting for equal rights across America and around the globe.

The city of Manchester has a proud history of standing up against inequality in all of its forms and will always stand beside those fighting for their rights.

To note: Manchester Town Hall would usually be lit to mark such events. However, due to the ongoing Our Town Hall project, uplighting the building is currently not possible. The historic Wythenshawe Hall will therefore be used

Sir Richard Leese, Leader of Manchester City Council, said: “Discrimination takes many forms, but in whatever guise it takes, it must be challenged head on. This is the only way we can make the world a more fair and equal place to live for everyone.

“The ongoing protests in America may feel thousands of miles away, but they are asking for the fundamental right to live, be safe and be free.

“These are the simple requests that we as a global community of people should have a right to expect.

“Manchester has always been a city that tries to unite our communities while celebrating our diversity.

“For this reason, Manchester will always stand in solidarity with those who feel they have no other choice other than to protest and fight for a more equal place in the world.” 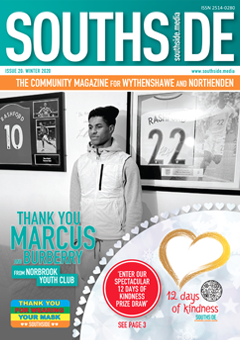