NHS Blood and Transplant is today (Wednesday, July 21) launching its first national campaign for people to donate plasma for medicines, including at the Manchester plasma donor centre.

Plasma donation only restarted in April after a gap of more than 20 years and few people know what plasma donation is. An NHSBT survey shows only 23% of the public know about it. (1)

This lack of awareness is contributing to a shortfall in donors. There are 654 active plasma donors at the Manchester plasma donor centre, which is next to the blood donor centre in Plymouth Grove, south of the city centre. However the centre needed to have 739 donors by this time.

Now, over the next three months, as plasma donation expands, NHSBT needs about 800 more people to start donating plasma at Manchester to get back on target.

To recruit the lifesaving donors needed, NHSBT is working with partners and running a campaign with a call to ‘join the donor pool’ over the summer, asking people who may not be able to enjoy a holiday to help build the pool of active donors. NHSBT will be working with national and local partners to drive new donors to the 11 new plasma donor centres. (2)

The campaign will include educational content on what plasma donation is. There was a ban on using plasma from UK donors for these medicines from 1998 to February 2021, as a vCJD safety precaution. The independent experts of the MHRA concluded it could safely be restarted.

Donated plasma is made into antibody medicines known as immunoglobulins, which are used to save the lives of people with immune disorders. Around 17,000 people a year receive these medicines.

Last year, 1,195 people living in the Greater Manchester received medicines made from plasma.

Currently the NHS depends entirely on imports of blood plasma from other countries – mainly the US – to manufacture immunoglobulins.  Donation to NHSBT will bolster long term NHS supplies. The plasma being donated to NHSBT now will reach hospitals from 2022 onwards, following a manufacturing process to turn it into a medicine.

Philip Carter-Graham, Manchester Plasma Donor Centre Manager, said: “After a gap of more than 20 years it’s understandable that not many people know about plasma donation.

“Now we need the public’s help to expand our pool of plasma donors and meet the targets which will help make England more self-sufficient in the supply of these lifesaving medicines.

“We particularly want to hear from men because they’re more likely to be able to donate.

“Please support this campaign and donate plasma at our centre – you will save lives.” 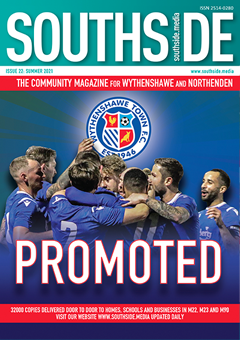