UEFA Women’s EURO 2022 has announced a huge festival of football this summer, with celebrations taking place across the country when the tournament gets underway at Old Trafford on 6 July.

All nine host cities across England will stage a series of exciting events for fans to help them get involved in Europe’s biggest ever women’s sporting event.

In Manchester all the action will happen in Piccadilly Gardens from 11am – 4pm each day from Wednesday 6 July to Sunday 31 July. Thousands of fans from across Europe are expected to descend on Manchester including strong contingents from Iceland, Belgium and the Netherlands.

Residents will be able to watch all the matches on a big screen, as well as enjoy food and drink which will be available throughout the tournament.

Matchdays won’t be the only chance for fans to experience the atmosphere, throughout July the UEFA Women’s EURO 2022 events programme will host a range of arts, heritage and music activities all inspired by the record-breaking tournament.

Councillor John Hacking, Executive Member for Skills, Employment and Leisure for Manchester City Council, said: “In Manchester we’re thrilled to be one of the host cities for the Women’s Euros. The women’s game is bigger than ever, and in a city where equality is at the heart of what we do, we’re proud to provide a platform for these incredible athletes.

“At our purpose-built fan party in Piccadilly Gardens there will be so much on offer for fans of the game to come down and enjoy. Not only that, with some of the legends of the women’s game attending we hope it will inspire the next generation of footballing talent.”

“All of our host cities are planning events before, during and after games. Whether you are a diehard football fan or just looking to enjoy your first tournament, we want everyone to share in the momentum of this event. There will be concerts, exhibitions, fan parties, match screenings, workshops and much more.”

Manchester’s Fan Party will take place at Piccadilly Gardens from 11am-4pm each day from Wednesday 6 July to Sunday 31 July.

The event will provide free entertainment for all, including:

More information about the Fan Parties and the full Fan Festival programme for each city is now available on the official Event Companion on the UEFA Women’s EURO mobile app at https://womenseuro.page.link/2sZD

UEFA Women’s EURO England 2022 brings the tournament back to England for the first time since 2005. Tickets are on sale now for fans to experience a record-breaking tournament that aims to unite football and communities and amplify the growth of the women’s game.

Prices start at £10 for adults and £5 for under 16s. Visit www.uefa.com/womenseuro/ticketing

For more information about the exciting Arts & Heritage programme running alongside the tournament visit www.thefa.com/weuro2022Arts 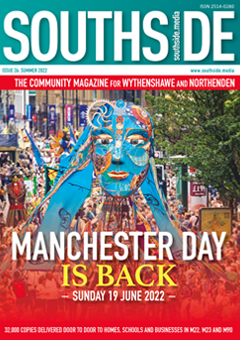